↓ Skip to Main Content
Home › The Art of Racewalking

The Art of Racewalking 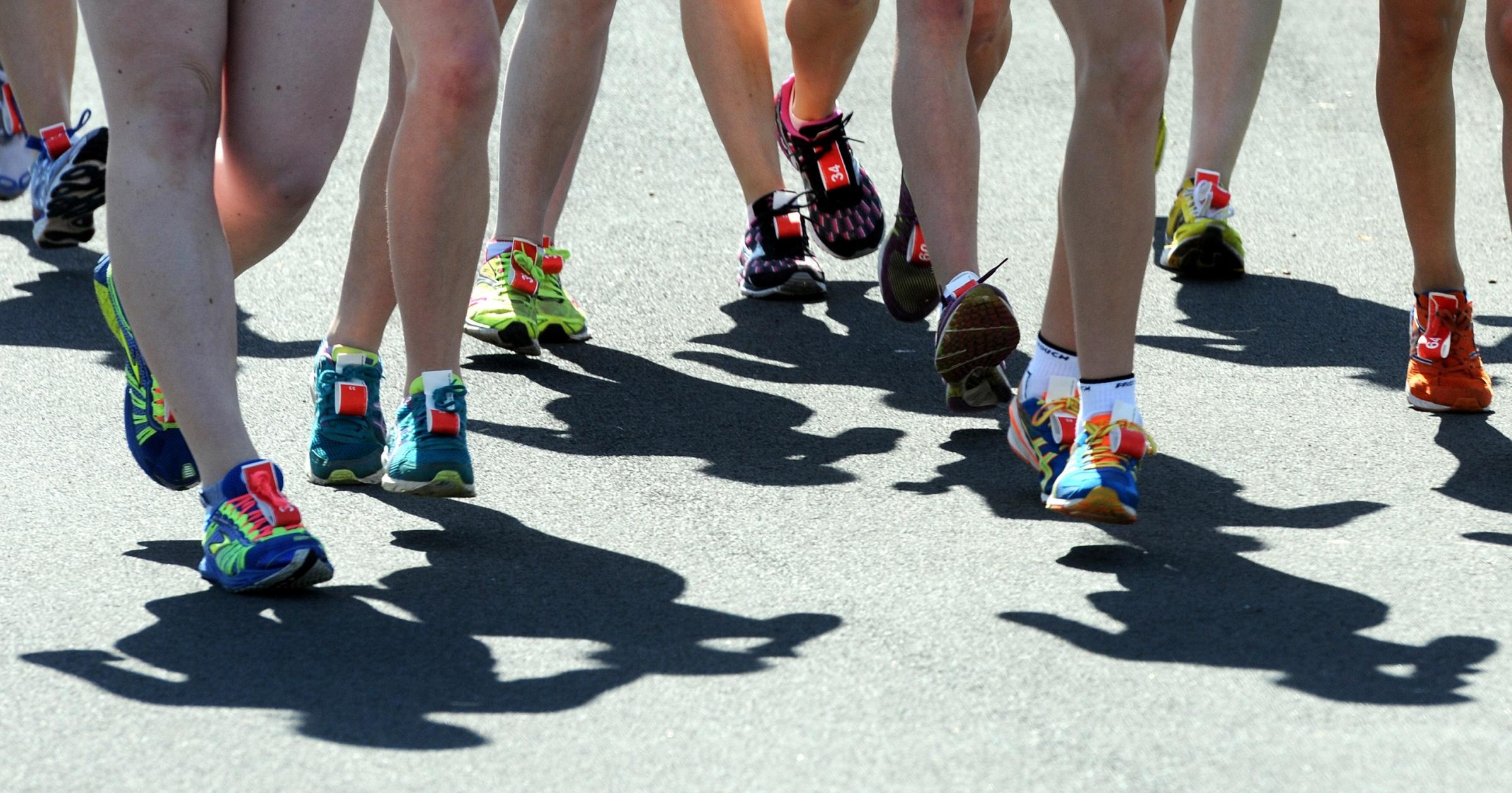 I danced for years, but I never considered myself an “athlete.” I began running to bond with my children and understand what they were going through as accomplished young track & field athletes. It was during the transitional period from the cross country to indoor track season when I developed shin splints. While the pain was excruciating when I ran, it was nonexistent when I walked. That was when I was discovered as a race walker.

One day, as I walked to the bank during my lunch hour, I felt someone following me. Out of the corner of my eye, I noticed that the faster I walked, the faster he walked. As I stood in line at the bank, he came up behind me and asked me if I always walked that fast. Thinking he had undesirable intentions I replied, “yes.” It was then that he began to share with me that he was a professional race walker and that I had natural ability. I listened intently and was intrigued because seeing the children racewalk during track events, I knew it was a legitimate sport.

Racewalking can be traced back as far as 2500 B.C. with recordings of Egyptian hieroglyphics etched in stone. It wasn’t until 1904 that racewalking made its debut in the Olympics as an event in the decathlon. It has even made its appearance in several movies: Dr. Detroit (Dan Aykroyd); When Harry Met Sally (Billy Crystal); Are We Don Yet? (Ice Cube); and the classic Walk Don’t Run (Cary Grant). Olympic racewalking remained exclusively for men until 1992!

I wasn’t totally convinced about my follower until I returned home to see his name on a program receiving an award at the same banquet where my daughter was being honored! He directed me to a group of racewalkers who met every Sunday. Sure enough, when I arrived at the location, they were all there! They were some of the nicest people you’d ever want to meet and accepted me into their not-so-secret society and treated me as if I’d been there for years.

As we walked through Central Park, I learned that there are two basic rules of race walking that distinguish it from running . . . one foot remains on the ground at all times and the lead leg must remain straight as the body passes over its center of gravity. The official rule states:

This form must be maintained throughout the course of a (5k, 10k, 20k or 50k) race. Competitors are rolling at speeds that would impress even Michael Johnson (World Record holder in the 400 meter race). The walker is watched by no less than seven judges armed with paddles and dreaded red cards that can disqualify a walker in an instant. A crooked paddle is symbolic of a “bent knee.” The wavy paddle means “creeping” or running. If a walker has three red card infractions, they will be disqualified and must immediately leave the race. Can you imagine how devastating it must be to be disqualified when you are less than 100 meters from the finish line?

In addition to maintaining the above rules, a few cues to increasing speed are keeping the arms at a 90° angle, with shoulders down and relaxed and the majority of the action happening behind the body. The hips move front to back instead of side-to-side as some would assume, stride length is shorter than power walking and speed walking thereby propelling the body faster naturally.

Why haven’t you heard more about racewalking? Primarily because American men disrespect the sport and have made it into a joke, but it is huge in Eastern European countries, Asian countries, South America . . . basically everywhere but the U.S. Oh, I’ve not seen any African countries participating in the racewalk as a matter of fact.

As a Wise Woman Walker, you do not have to walk as fast as a competitive racewalker unless that is your goal. The intention of this site and our program is to provide a way through walking/racewalking to achieve your weight loss goals and save some time in the process if you’re a busy woman and you don’t have a desire to run. I’ve been racewalking for 20 pain-free years, it keeps my waist trim, my mind clear and I love it! I think you’ll love it too!